A female wanderer with a camera in her hands. A visual storyteller.

My love for photography began at an early age, after seeing my father, an amateur (strong emphasis on the word) photographer, experiment with a pantyhose in lieu of filter, cleverly adapted on the lens of his old Canon 35mm reflex camera. I was fascinated by it and the way the contraption manipulated the light and added texture to the end result in my father’s sunset photo.

Then in college I was introduced to photojournalism: its theories, fundamentals, art and practice, and learned about The Decisive Moment of Henri Cartier-Bresson and the legion of photographers who became inspired by the french photojournalist, like the brazilian-born Sebastião Salgado.  Taking the shot, as life is unfolding – sometimes in beauty, sometimes in cruelty – capturing it and freezing it to almost like a tableau vivant. Only it’s not staged. It’s real. You cannot touch it but you can surely feel it, bearing witness to whatever was immortalized in the frame. And that is another thing that attracted me to photography – it will always survive the passage of time and technology. Once seeing the image, it will be seared forever in your mind and in your soul.  Be it an old black and white war picture depicting its horrors and the evil side of human beings or a fiction tale of glossy glamour found in a fashion magazine. If photojournalism tells the truth, fashion photography and high-art embellishes it.

Those concepts stayed with me for many years after I got my degree in Communication Studies in Brazil, where I’m from originally, but I never became a photojournalist. Life happened to me and after decades of comings and goings and a “decisive moment” a couple of years ago, I found myself roaming the streets where I live now and started to take pictures with a Smartphone (it was more convenient plus you can make phone calls with it). Then I got a camera that takes good pictures and shoots video. So I also started to add sound and movement. Then I started writing a blog about local flavors back to the people of my birth country. And many things started happening: Art imitating Life, Life imitating Art, serendipity, being at the right place at the right time sort of thing, and more and more it became natural to me into becoming a visual storyteller.

And this is the idea behind The Wanderess Blog.

Wanderlusting. Capturing images, movement and sharing them with you. Writing down a few things along the way also. Offering some insight on where I roam around. And perhaps we can take this journey together and I inspire you to do the same wherever you are.

I am hoping I can venture out of my geographic location to really wander this vast, complicated, often contradictory world of ours but filled with wonder from the nature to the man-made, from the tragedies to the comedies. With camera in hand, there are many stories out there to be told. 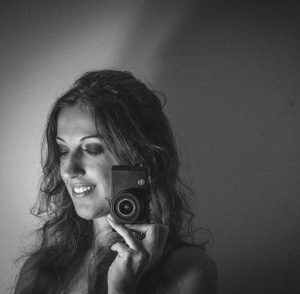